One Kick To Knock Your Opponent Back Ten Feet

One Kick To Knock Your Opponent Back Ten Feet

I had the blessing of training an elite group of law enforcement awhile back, and they needed a self-defense technique to move an opponent back several feet as they were clearing a room and identifying suspects. That objective may not seem that challenging to most instructors, but when I saw their uniforms, and the amount of equipment they were carrying, it became a bit more interesting. Most of them had “long guns” which limited their mobility, and other gear, which added to their weight.

However, there is this one self-defense kick that I teach to civilians which packs a huge punch, while still giving them stability and balance. It would be perfect for these law enforcement guys, but it reminded me how incredible of a technique it is for regular civilians. We have taught females around 100 lbs move bigger, stronger guys across the room with this one move: The Stomp Kick.

To do so, here are the following steps. Since you don’t have enough time to react fully most of the time and gain a whole lot of momentum, just bring up your knee as high as possible and as much as you can. This “kipping” motion cocks your knee and leg back, making it ready to deliver massive bang for the buck.

Secondly, lean back a bit, this way, you can balance yourself as you throw your hips forward where you basically get the power of the kick. Finally, deliver and release that powerful kick using the bottom of your foot to either their chest, stomach or groin area.

This self-defense move is quite effective because such a powerful kick will surely push back any attacker. The kick can be used for law enforcement reasons, as stated early, but I find that civilians can learn it quickly and easily, and use it to either “push” their opponents back so they can escape, or give them a powerful primary kick in order to follow up with additional combative. 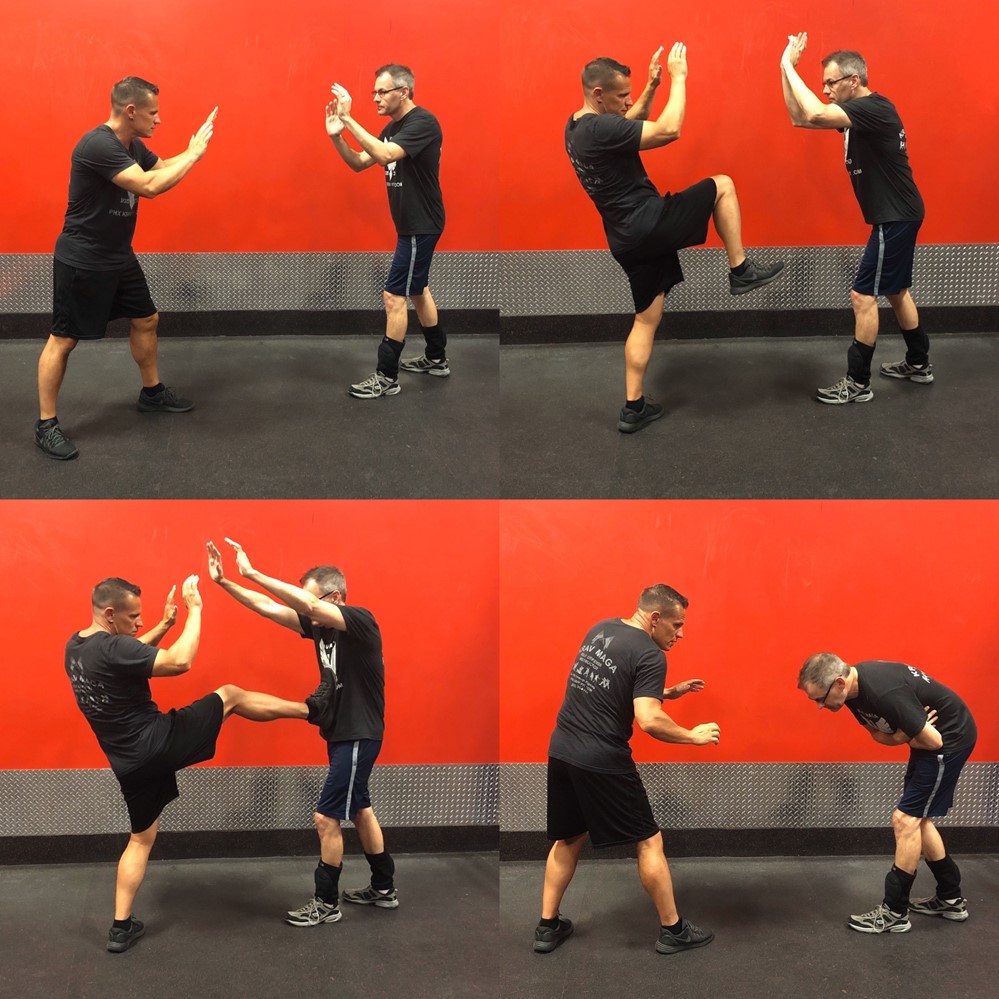 My suggestion is to practice and use it with your rear foot, assuming you are in somewhat of a combative or bladed stance. With that being said, also get reps in with the front foot. It will not be as powerful, but the quickness of the front foot kick can do wonders in kicking quickly, without giving the assailant time to react.