#3. Hand to hand techniques, post shooting (I.e. what happens if the shot misses, or the shot is non-effective and they've closed the gap).

Too many times the assumption is that when using your firearm to shoot an attacker, the altercation will be done.  We rarely account for missed shots, or if the shot is not effective in stopping the attack.  Furthermore, if there is more than one attacker, what happens if we’re successful in neutralizing one, but a second attacks, and we don’t have time to shoot them?

One can rely on the three moves we’ve covered previously in the “Pre Shooting” defensive instruction, but in this case, we will assume that the attacker closed the gap which lends to the fact that we can’t easily shoot them.  Therefore, more “close quarter” tools must be utilized, such as the following:

Elbow Strike:  I can’t stand seeing someone in a movie take an elbow strike to the face, and keep on fighting like little has happened.  A proper elbow strike can do serious damage to an opponent, and is a perfect tool if someone crowds your space, making it difficult for you to back up and put them in your gun sites.  When performing this move, it is best to bend your elbow, raise it at a 45 degree angle and strike down at a diagonal angle.  Variations can be used as well, but it is important to use the tip of the elbow where the bone is the hardest. 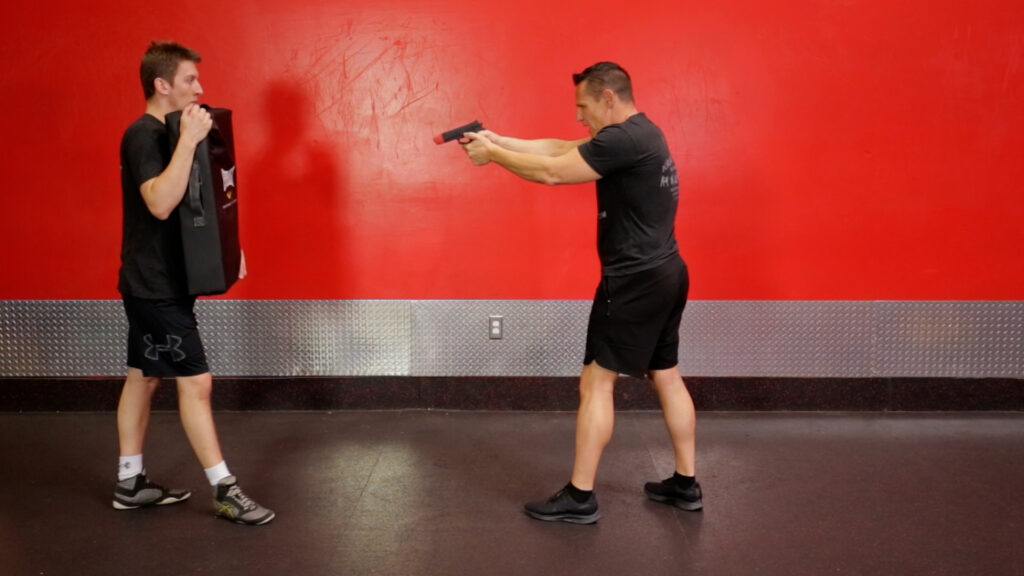 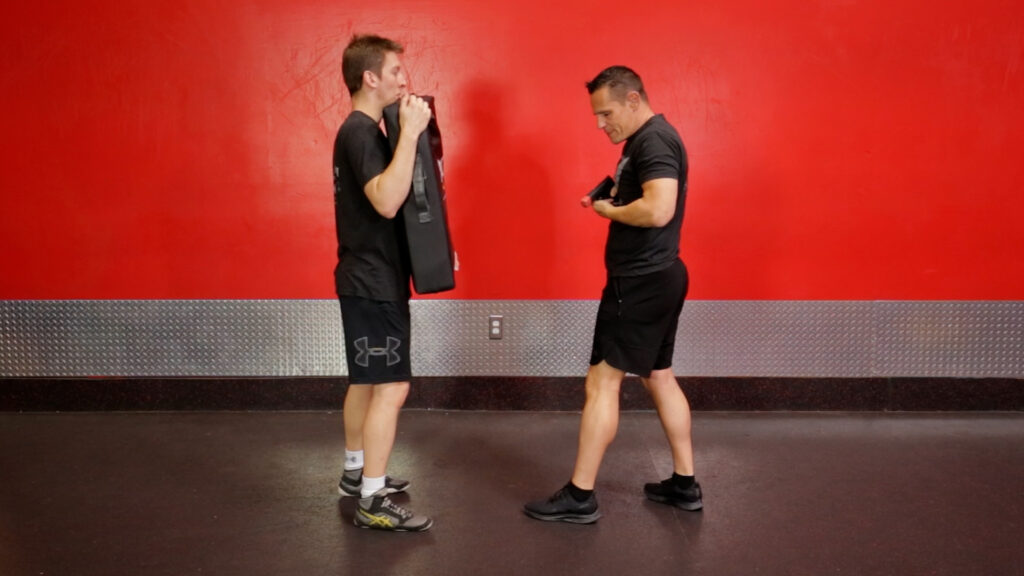 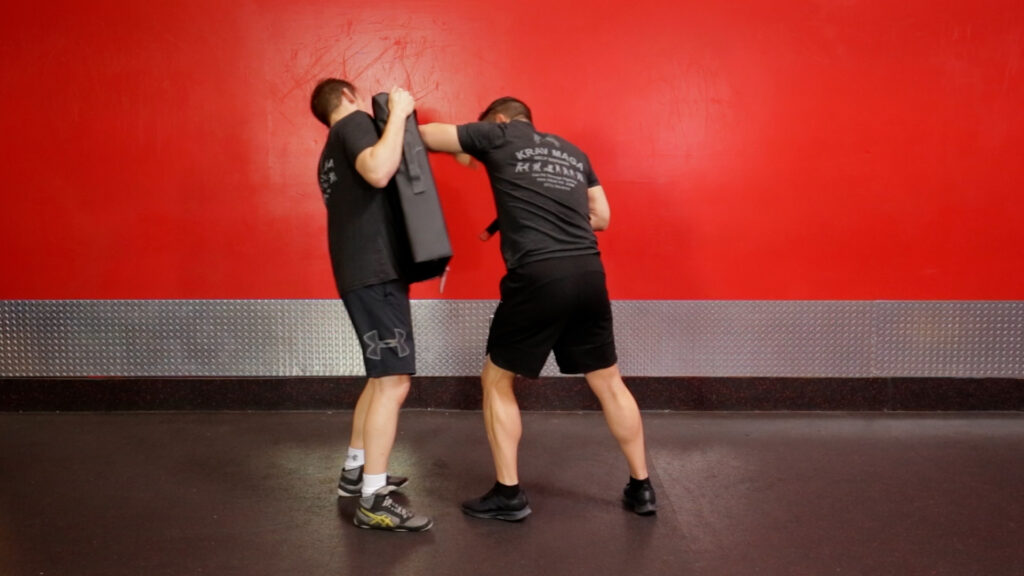 Knee Strike:  Another great close quarter move is a knee strike and this one is specifically important if you are wrestling for the control of your weapon which could be grabbed.  Firing your knee up at a 45 degree angle into the thigh, abdomen or groin is powerful and effective if someone ever closes the gap on you. 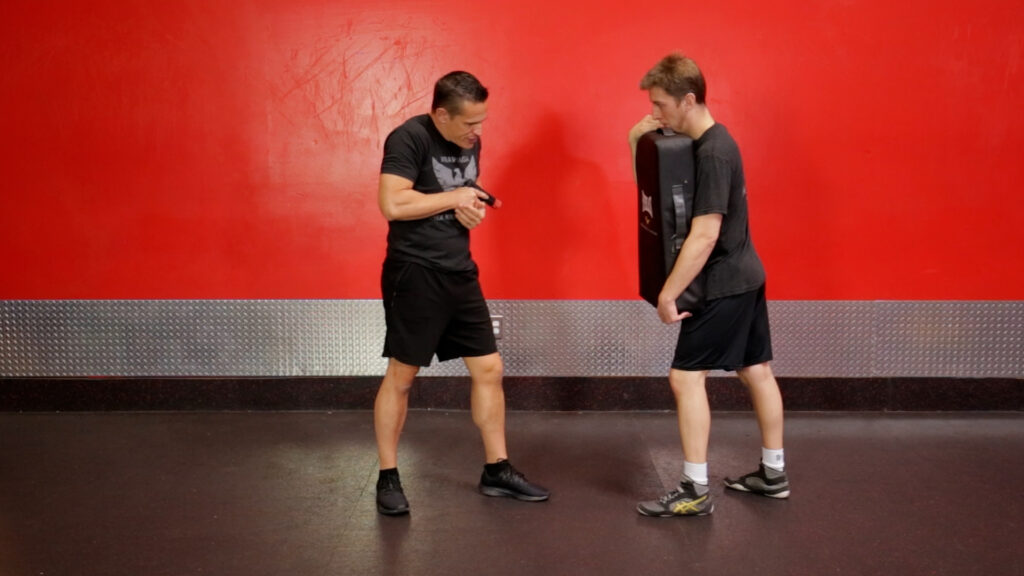 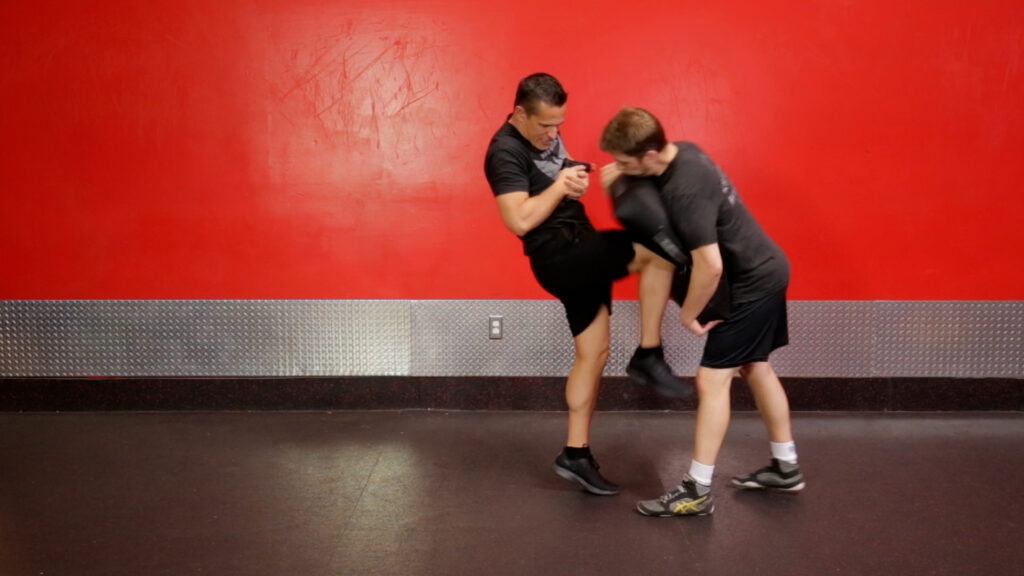 Head Butt:  This move is forgotten about, and once again, not realistically illustrated in too many movies.  The power a short bursting “butt” can make with the top of your head against someone’s face is quick and extremely devastating.  Again, this move is great if both of your hands are tied up fighting over a weapon. 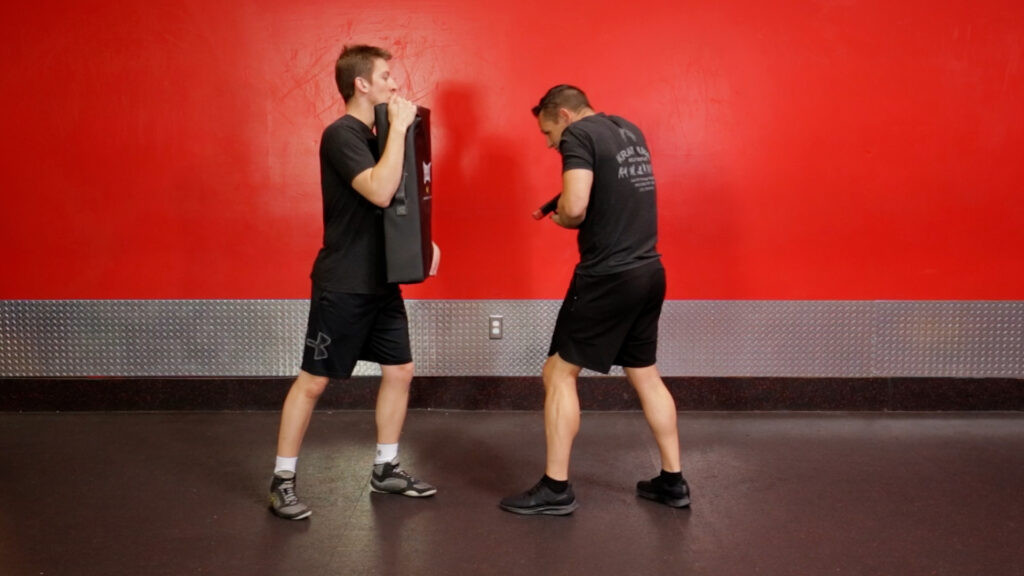 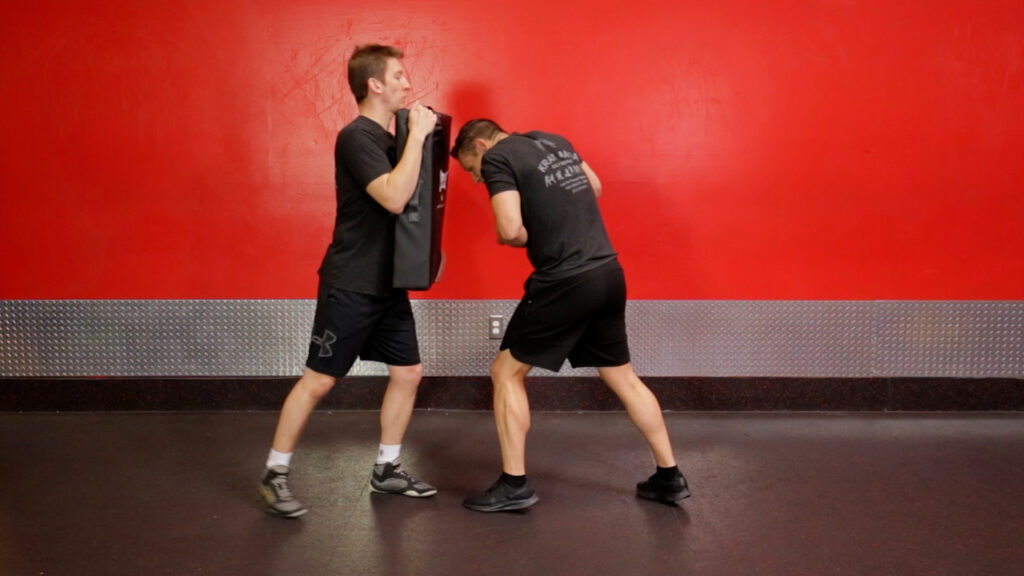 I love ground fighting training, but few instructors, schools and even programs prepare a person for what to do when in grappling range, wrestling over a weapon, or when a weapon is present.  Use the information above to increase your awareness and see options which you might not have seen before when dealing with this unique but dangerous situation in close quarters or even grappling range.