Within the realm of firearms, there are few weapons with the equalizing power a gun can bring.  It can give a five foot woman beyond a fighting chance against a male attacker over three hundred pounds.  It can protect a babysitter against a home invader wielding a knife.  A man who faces off against three vicious robbers, can have much more than just a fighting chance, as he can control their every move.  Firearms command attention and when aligned with proper training can even the odds in almost any defensive situation.

However, there are those situations, locations and scenarios where having, pulling or even showing a firearm is not the correct, ethical or legal response.  Having a series of hand to hand combat tools is a necessity, but sometimes even those need an upgrade.

Therefore, in the following articles, pictures and videos, I want to explain the top “alternative” weapons you can carry and use if you are in danger.  As with all weapons, please check your local and state laws, in addition to respecting guidelines and laws which are in place in public settings such as airports, public events and government buildings.

Although most of the weapons are a fraction of what a firearm will cost, quality and reliability vary greatly, so please seek out expert advice, in addition to the recommendations here, as we are always updating our information.  As with any “tool”, what many times separates an average from a great practitioner is the training.  Never carry a weapon without training with it for weeks if not months.

THE PEN IS MIGHTER THAN THE SWORD:  TACTICAL PEN

I’ll be honest, when I first came across the tactical pen I wasn’t impressed.  However, after seeing Jason Bourne fight off a skilled hit man with a ball point pen, and then watching TSA continuously restrict what can be brought on airplanes, I became a believer.

The fact is that having any weapon is an advantage in a fight.  If and when you’re truly looking to defend your life, grabbing any kind of a weapon is going to give you an advantage, which is almost a necessity when defending an armed attack, or fighting off multiple opponents.

Therefore, if you have a “tool” which is concealable, small, can make it through metal detectors and inflict “pin point” damage, I’m hoping to make you a believer as well.  The tactical pen is a little bit different than your “regular” pen.  In most cases, it is a high quality plastic which has a sharp end.  Some have added amenities such as screw drivers, flashlights and of course the ability to actually write.

When using a tactical pen, there are two main positions you can hold it in your hand.  One is called the “positive grip”, as seen in the picture, with the other called the “negative grip”.  Both can be used offensively or defensively, but I prefer the negative grip better given the power in can provide.

When using a tactical pen, it is important to note these four critical target points:  eyes, neck, ribs and groin.  Obviously there are other areas which can be hit in order to bring pain, but having these top four targets in mind, will help you focus on super effective striking areas which create pain, giving you a chance to counter attack and/or escape.

Therefore, when training with the pen, I suggest you get familiar with four positions you could get attacked in, and then mixing in the target areas, therefore creating your tactical defensive plan.  The first position is a frontal attack, where the attacker is obviously in front of you.  Please note they can be striking you or simply grabbing you, but they are doing it from a position in front of you.

To combat these kinds of attacks, use the pen to strike before, during and after an attack.  If they grab you, focus on those four target areas to make them release you, where you can follow up with additional strikes to additional areas.  If they are hitting you, cover your face, move in and again strike those vital areas.

Whether you are practicing defenses against grabs or strikes, repetition is the key.  I would suggest to use a blunt or non-pointed pen, so you can make at least light contact to the attacker and attacks they are simulating.  Don’t forget to practice different angles, positions and scenarios in order to give yourself a wide variety of situations to deal with.

*show attack positions:  in front and behind* 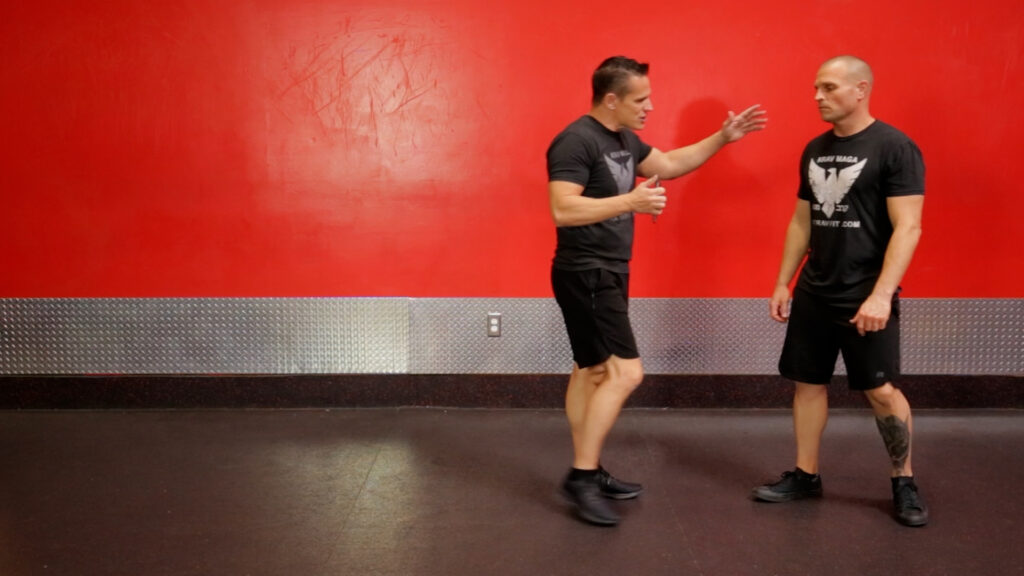 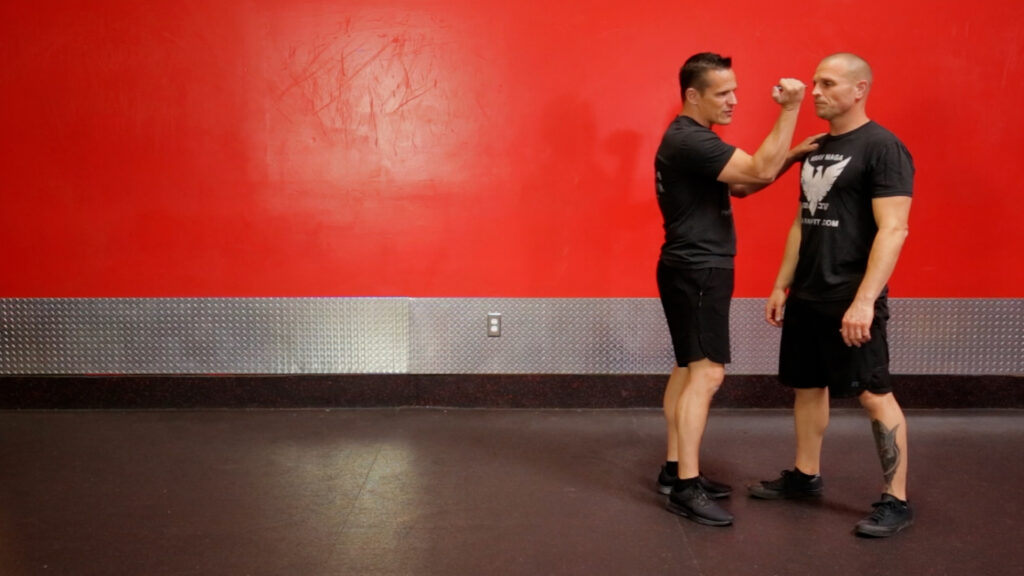 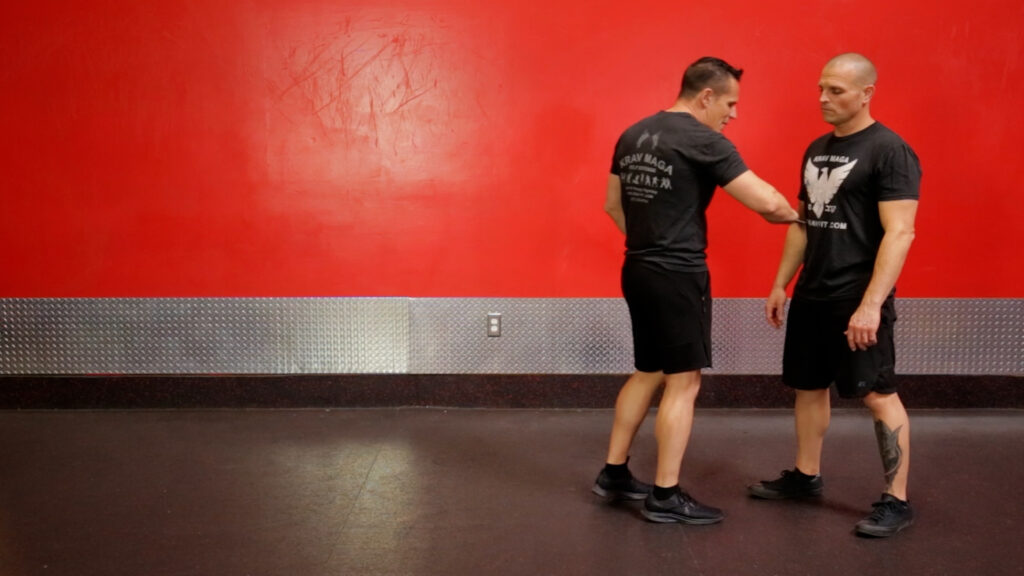 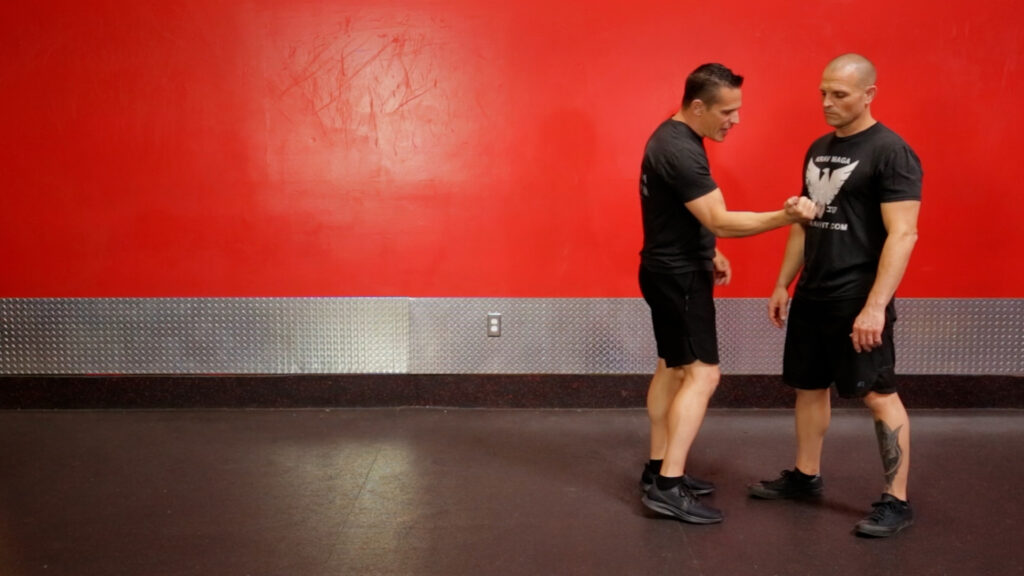 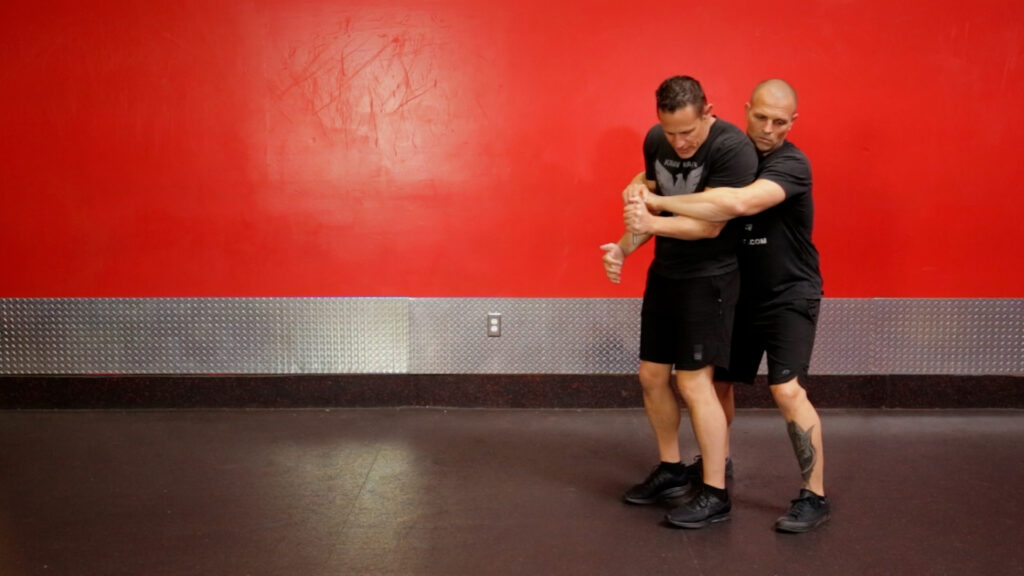 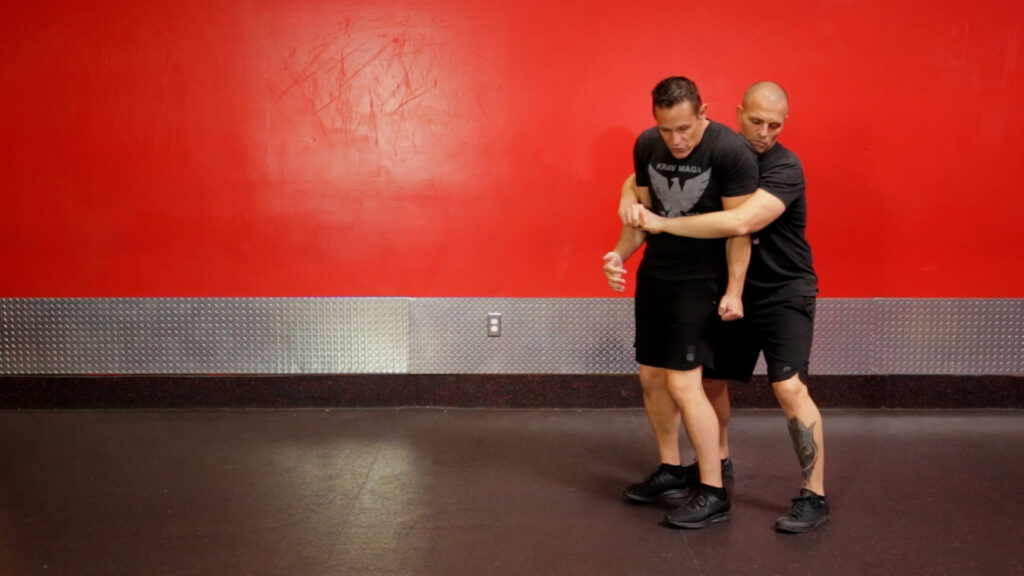 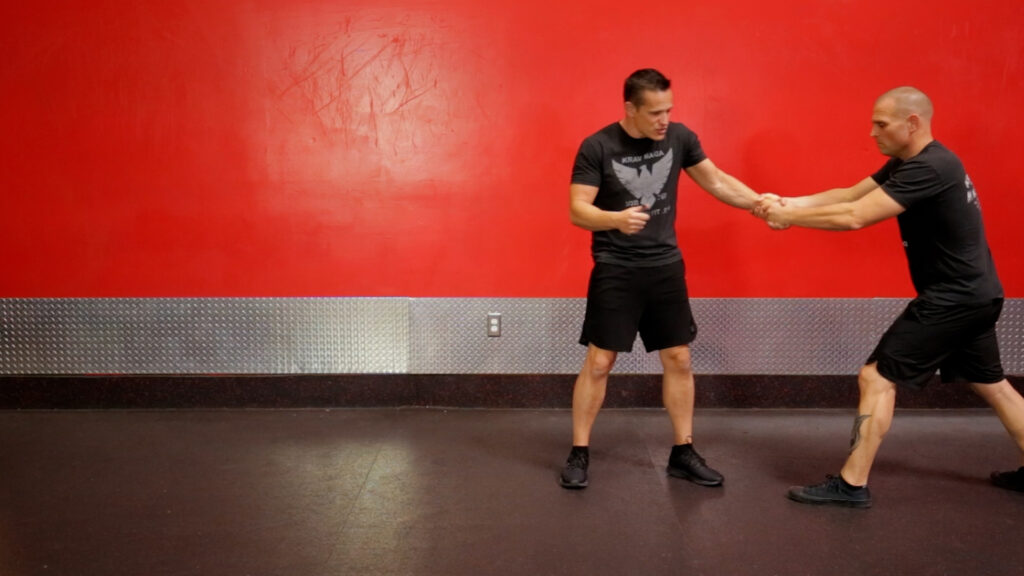 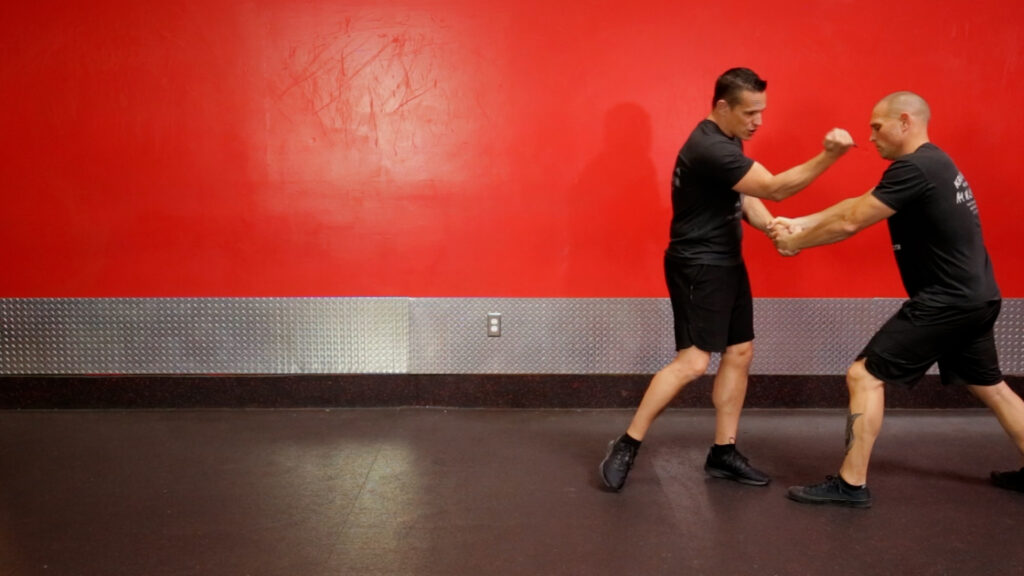 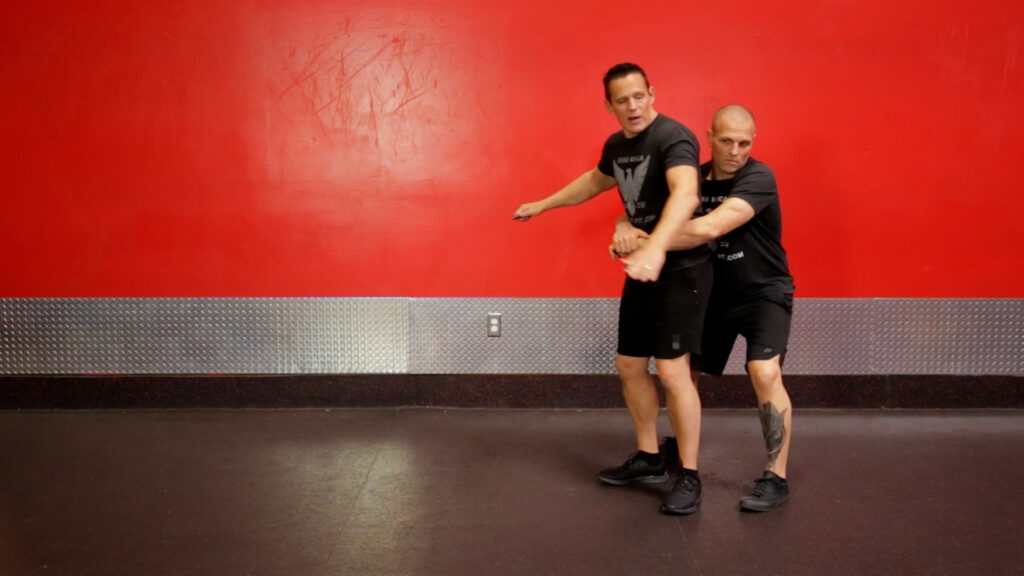 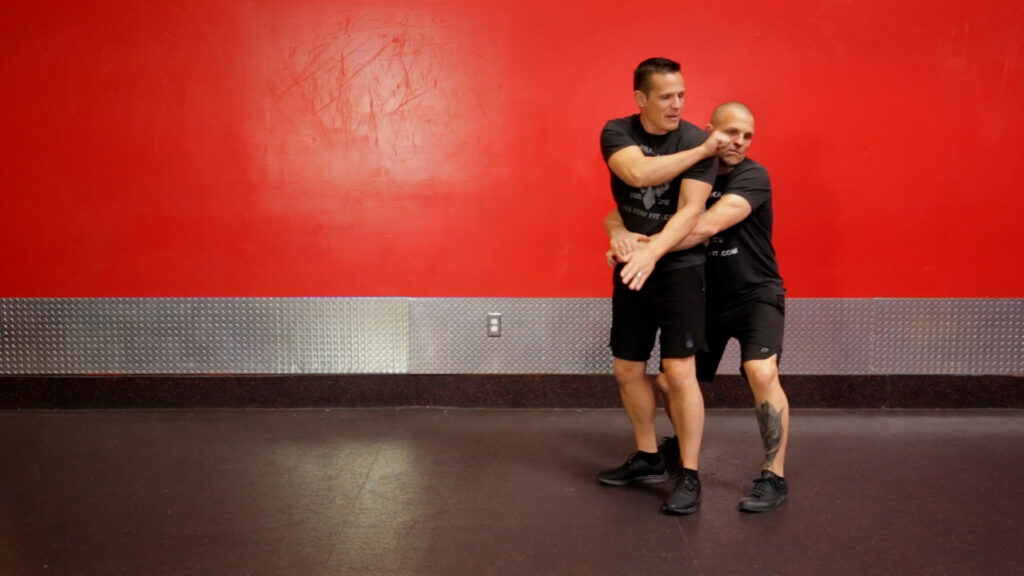 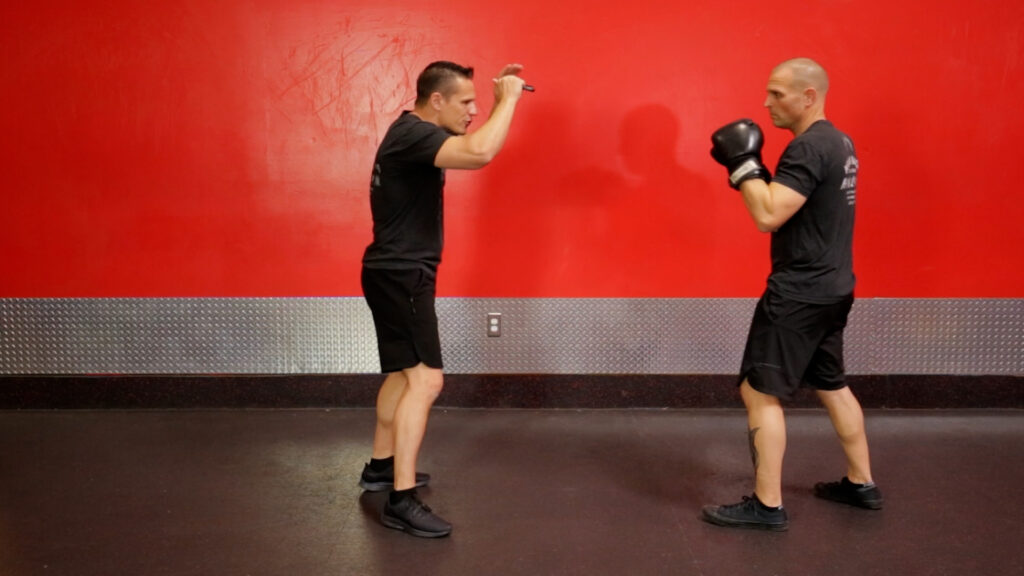 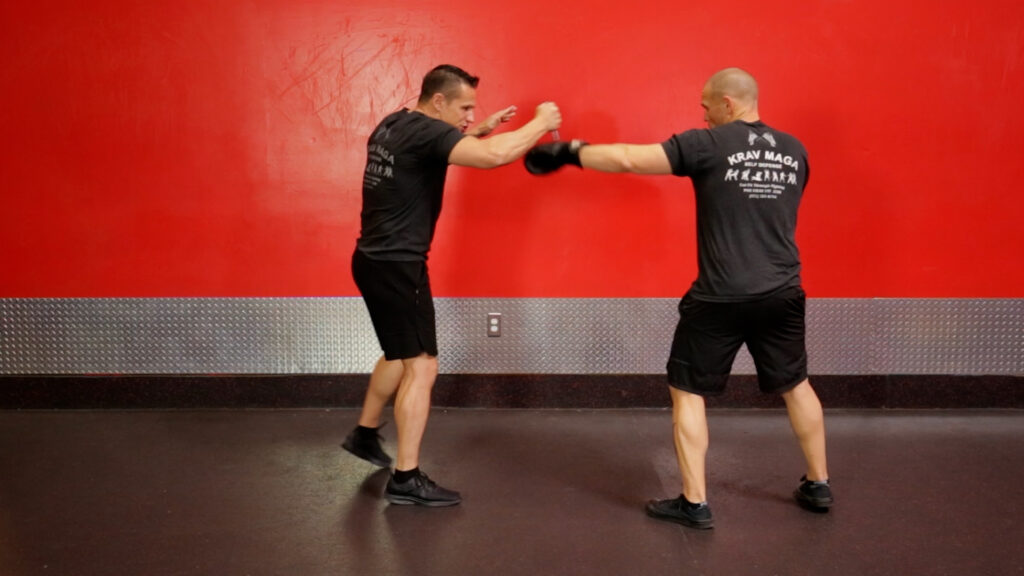 The second position is any attack that happens from behind.  It may be a push, grab or strike, but when the attack comes from behind, it is best to use the pen in a negative grip and mainly focus on the low line of an attacker, striking them in the ribs and groin.  As always, your goal is to get away, but in this case you may need to face the assailant, and starting your turn around with a vicious strike to these vulnerable areas are key.

Besides being attacked from the front or rear, the last position I want to cover is an attack on the ground, specifically being “under” someone on the ground.  It is scary and overwhelming, therefore, keeping your cool is needed.  Assuming someone is in the “mounted” position, make sure you continuously buck your hips up and down to destabilize their base.  Then use the tactical pen to focus on all of the four targets can help you turn the tables and start offensively striking so you can do one thing:  Roll this person off of you, and get up!  See the accompanying pictures for more illustrations.

The tactical pen is great, but it is a different weapon than what you’ve seen in movies and might have even worked with in real life.  My advice is to get one, and then train with it (and even “practice pens”) so you can get comfortable with it.  I personally suggest this “tool” to any and everyone I come across because you can bring it anywhere.  Therefore, if you usually have a side arm or blade on you, but walk into a courthouse, other government building, onto an airplane or even into a school or university, you’ll have to ditch your traditional weapons, but you can still have the “tac pen”, and be prepared and safe!