There has been so many different articles, videos and lessons taught on knife defense, and unfortunately, most of the information is contradictory.  To simplify it, there are three main situations you can be in:  1.  Knife vs. Empty Hands, where an attacker has a knife, and you have nothing.  2.  Knife vs. Knife, is where both the attacker and you have a knife (we would even categorize the attacker having any non-projectile weapon here, like a stick for example).  3.  Empty Hands vs. Knife is the unique situation not taught too often, but it is a situation where the aggressor is unarmed and you have a knife to defend yourself with.

It is tempting to cover the first scenario, but this series specifically covers you having a weapon.  The third situation is an option to discuss as well, but those are very specific situations where you would do harm to an unarmed attacker.  Therefore, we’ll cover the second option, which you’ll see can adapt to the aggressor having many different kinds of weapons ranging from a knife, to a stick to almost anything they can hit or strike you with.

First, we’ll talk about what type of knife is the best.  There are two main types, a fixed blade similar to what is seen in the picture, or a “folder” which is what most people think about when they think of a “pocket knife”.  There are pluses and minuses to each, but for all intensive purposes, I would suggest to go with a folder, because of its concealability and size. 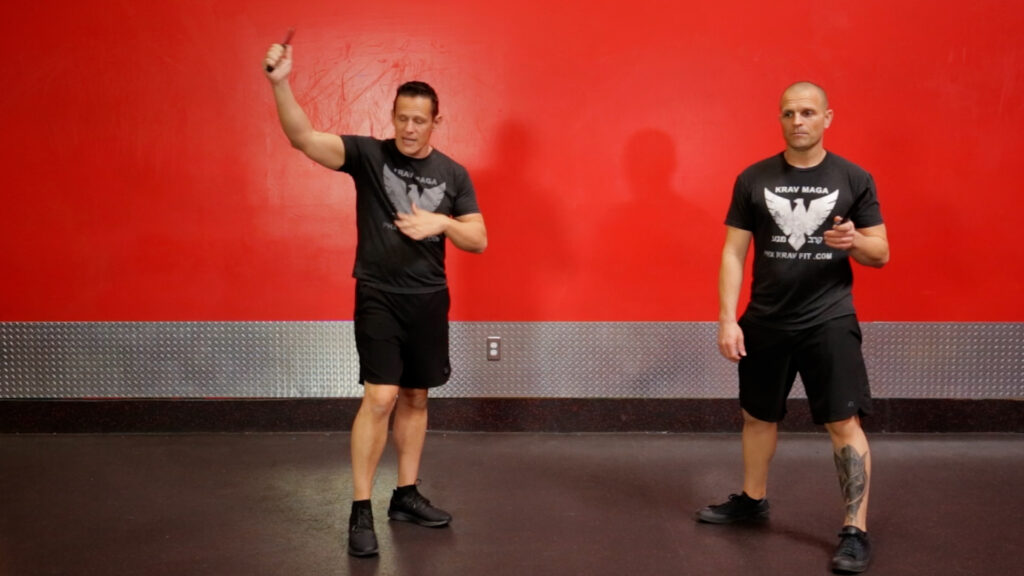 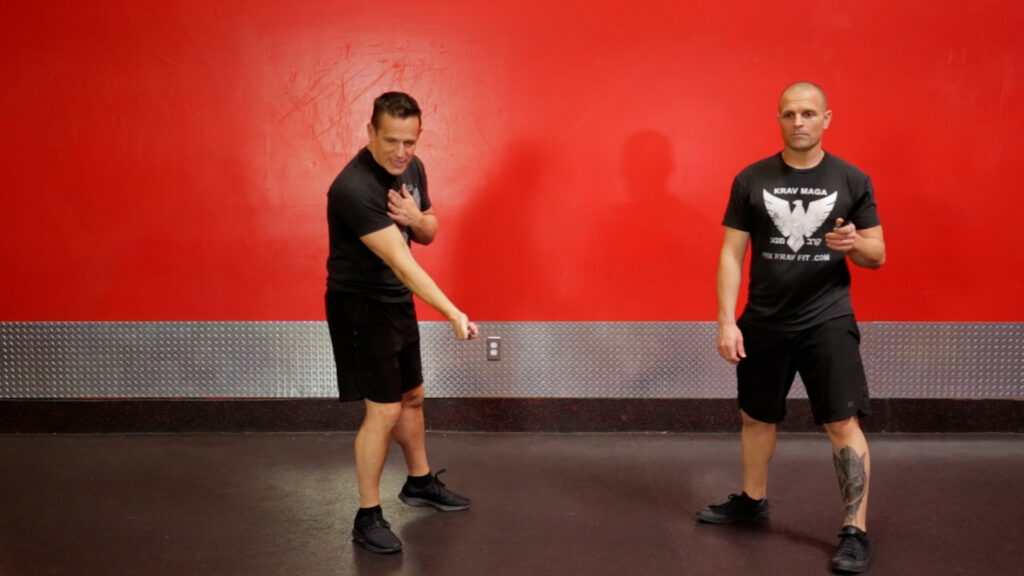 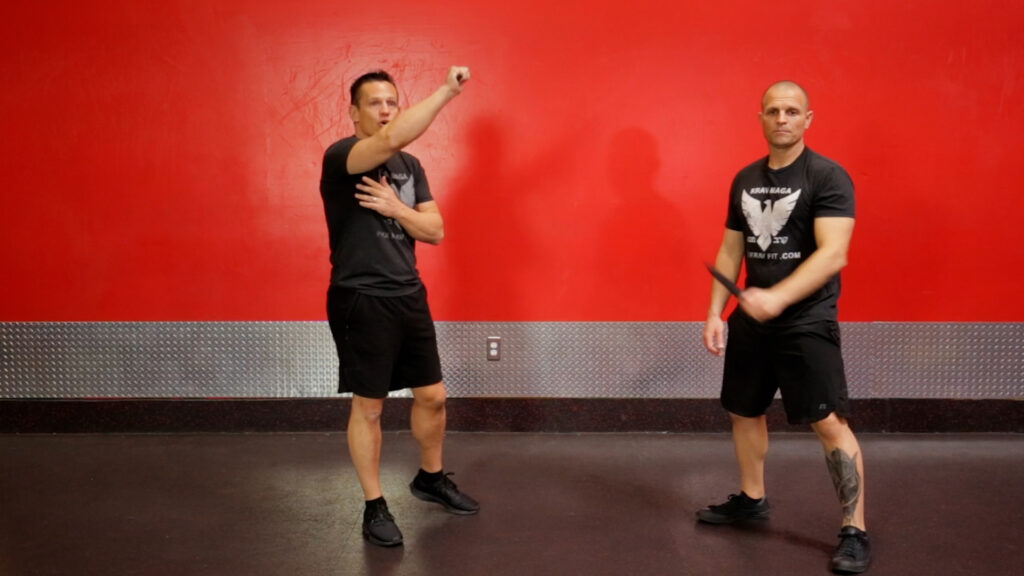 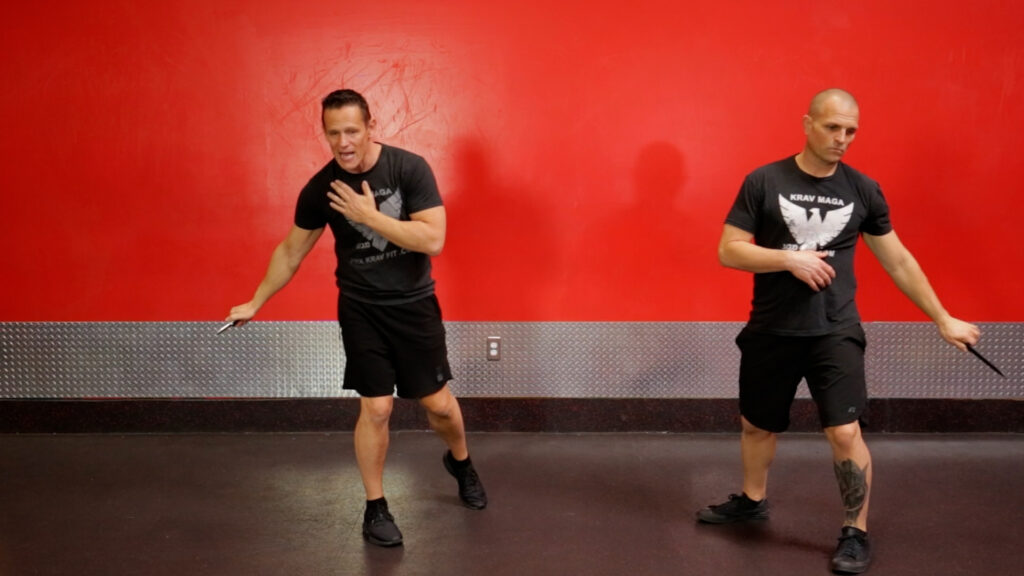 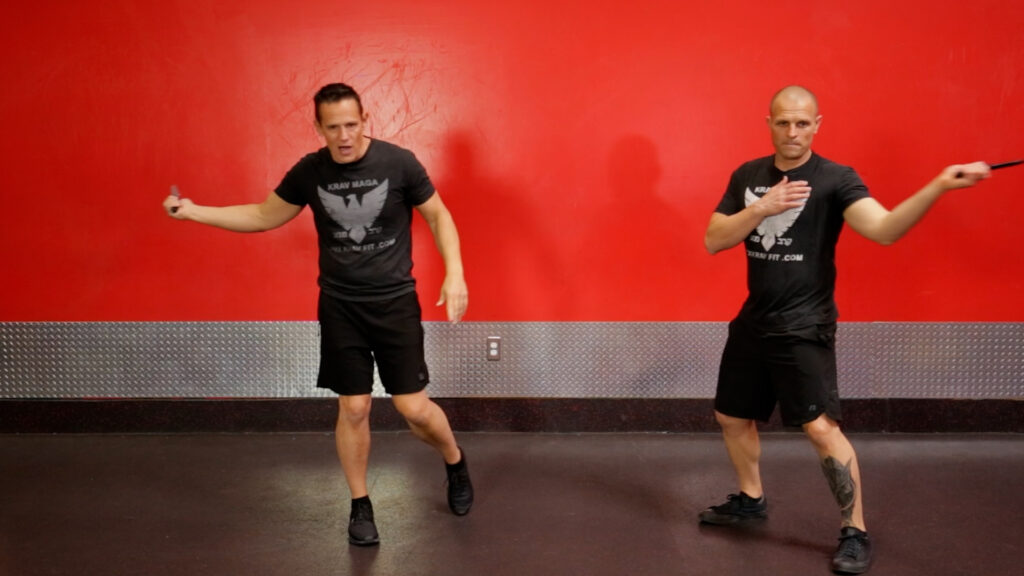 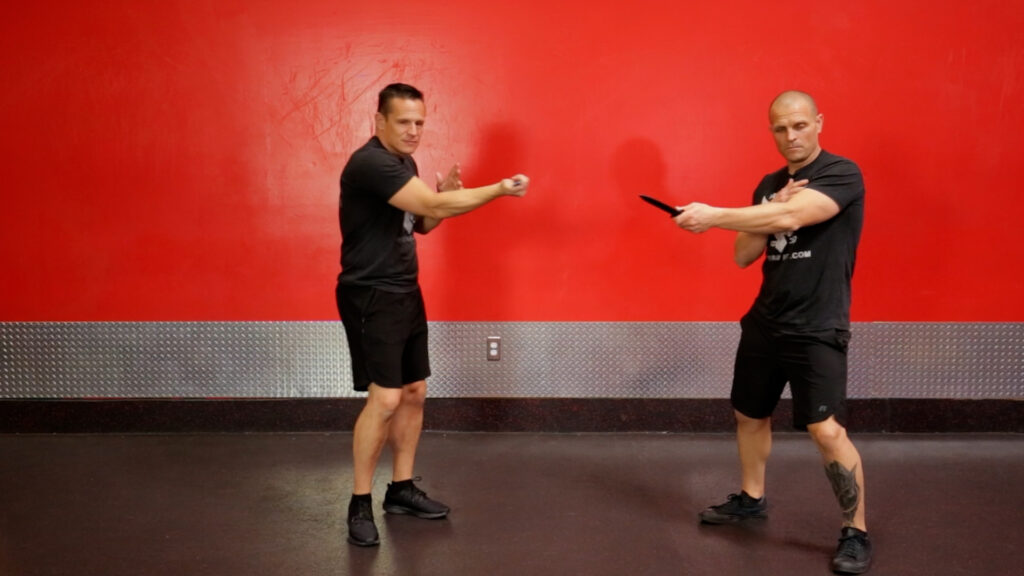 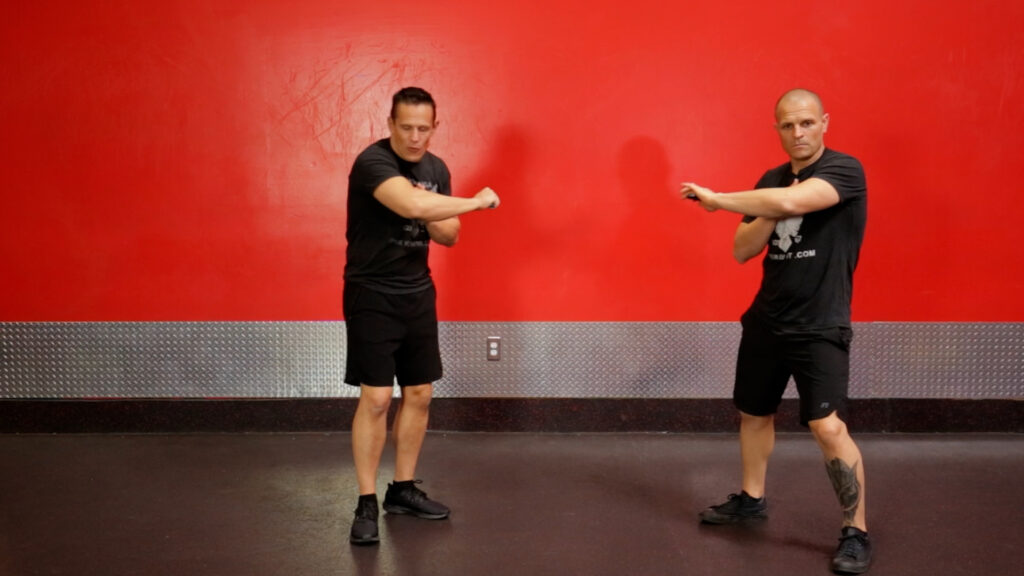 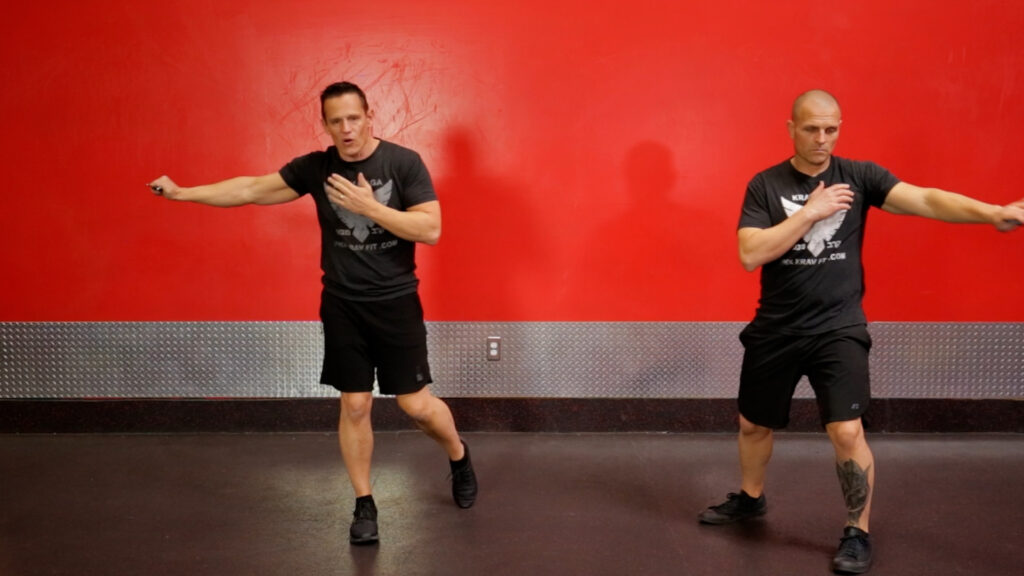 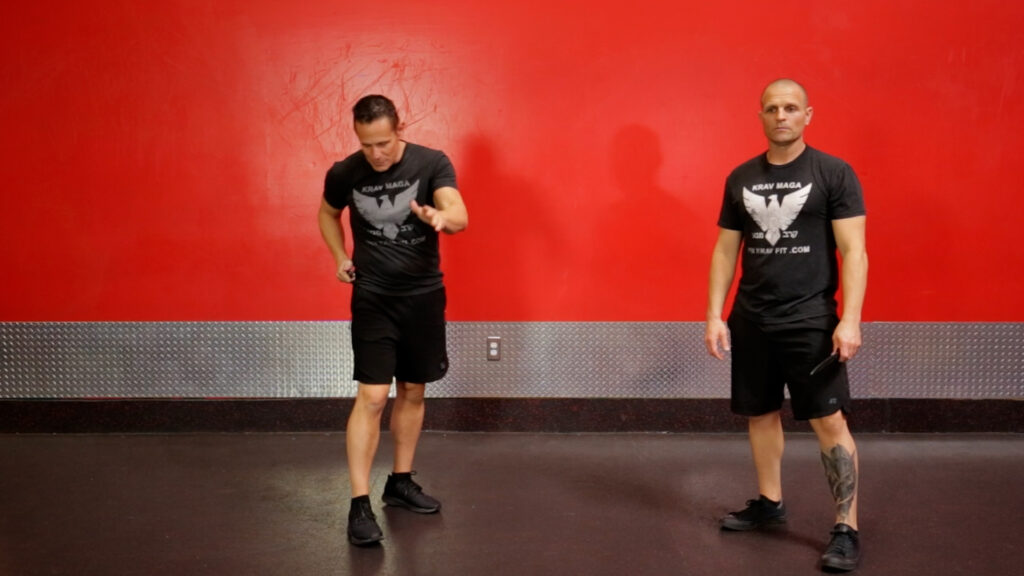 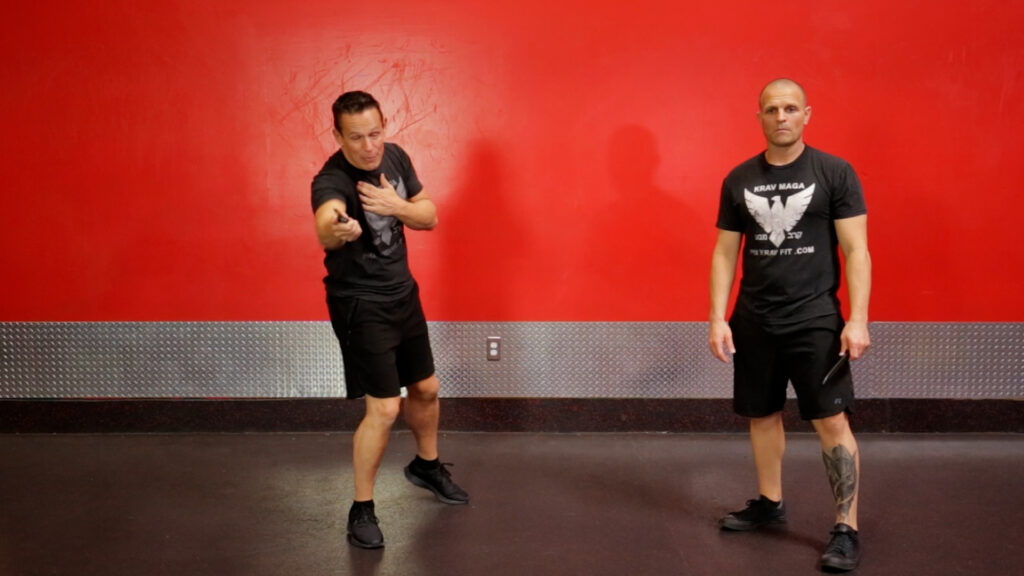 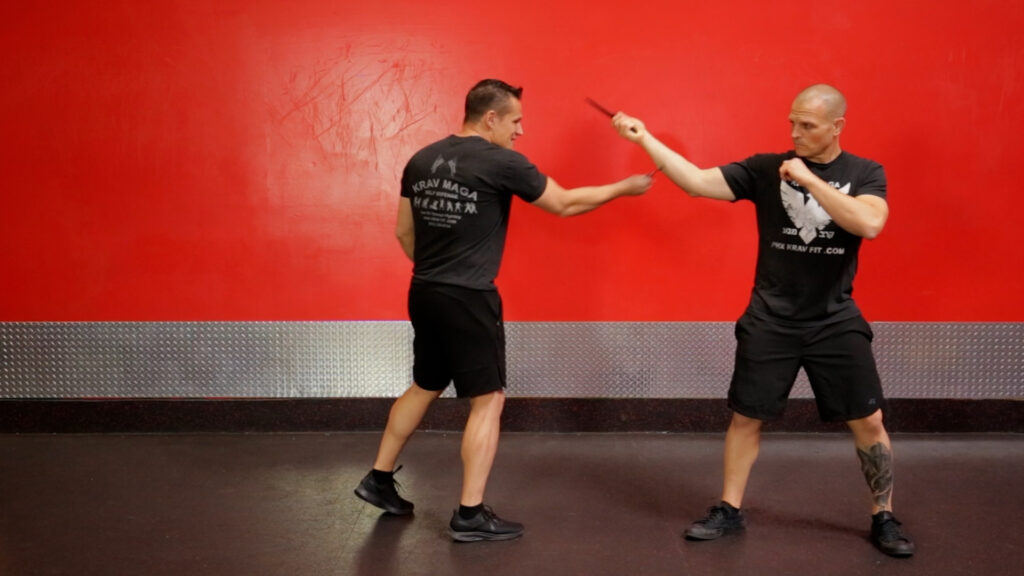 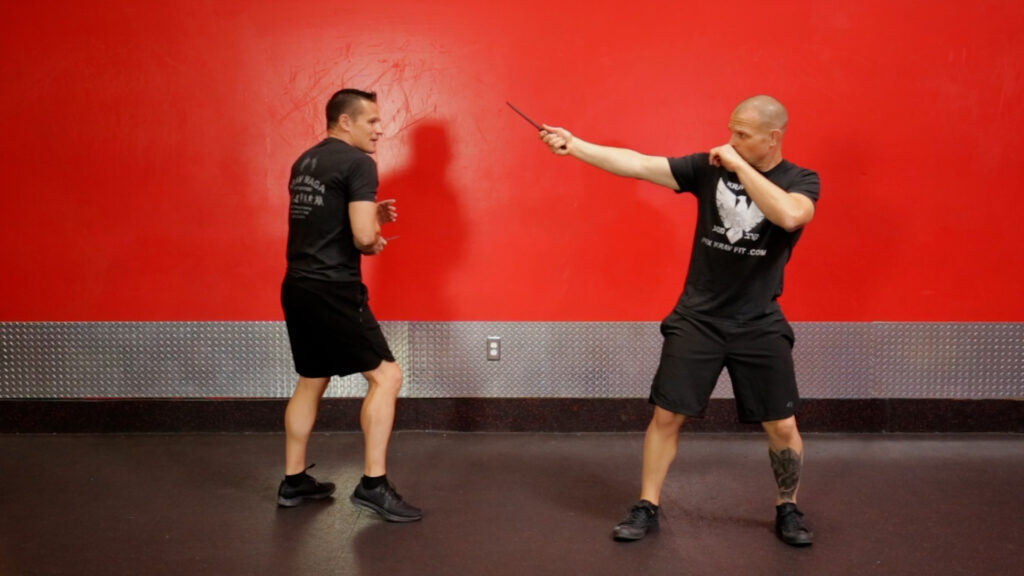 When facing off against someone with a knife, I want you to first learn about five basic angles.  See the illustrations of each angle, as they cover the main angles of attack, which consequently are the same angles of defense.  My suggestion is to work with these angles first, and to get familiar with them.

Next, you need to learn one main lesson:  “Defang the snake”.  In the Filipino Martial Arts there is a lesson, which says, “If you ‘defang’ a snake, the snake is rendered useless”.  The same is true with an attacker wielding a knife.  If you “defang” the opponent by disarming them, they are ideally rendered useless, or at least not as dangerous.  In order to accomplish this, you must cut the incoming (or attacking) limb, as seen in the photos.

You must “meet the force” where your knife cuts the hand which is holding their knife, by meeting the attacking hand/arm not following it.  Slicing anything from their elbow on down will accomplish this.  This immediate shot of pain will disarm them, in addition to the emotional fallout of seeing their arm opened up in from of them.  That is “defanging” the snake, as you are defanging the hand which is holding the knife, hence the attack itself.

One other note I want to talk about before leaving this lesson.  Make sure you move back when cutting the hand, as you will need to get out of the way of the incoming attack.  By sheer momentum, even if you cut the hand, the follow through by the weapon could still strike you.  Once again, see the pictures which illustrates the point.

The last point I want to teach here is that this concept works for impact weapons just as much as edged weapons.  Meaning, if you have a blunt weapon, think about “smacking” the hand, instead of cutting it.  It works the same way.  Or, if you have a blade, and the attacker has a stick, as an example, you can still “defang” as well.  It works the same, regardless of the match up, blade vs. blade, knife vs. knife or even stick vs. stick as an example.

As stated before, my suggestion is to “get used” to moving with the weapon.  Get comfortable striking, pivoting, stepping back and cutting a second and third time.  Use all five angles, and think of other angles as well, as you practice coordinating your hand and foot motions.